Bruno Sammartino and Ilio DiPaolo, two of the best matmen to ever come from Italy, will wrestle at Sunnyside Garden tonight in two of the six action-packed bouts on promoter Manny Heicklen’s allstar program. END_OF_DOCUMENT_TOKEN_TO_BE_REPLACED

Promoter Manny Heicklen announced that his next special non-TV card, “a really sensational show,” will be held on Saturday afternoon , May 28. END_OF_DOCUMENT_TOKEN_TO_BE_REPLACED

Carl (Swede) Karlson won his three fall match with Jerry Christie, “drew” with several spectators in a chair-swinging melee after the fight then lost the decision on a reversal by referee Bill Braun. END_OF_DOCUMENT_TOKEN_TO_BE_REPLACED 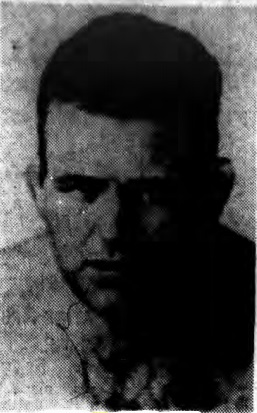 REBEL RUSSELL, one of the roughest giants in the wrestling game, makes his debut at the Ridgewood Grove tonight with Georgie Becker as his foe in best two out of three falls to a finish.  In other bouts, Pat McKay and William Hall, also newcomers, will meet Tony Martinelli and Jimmy Austeri, respectively.

The famous Dusek Brothers, Emil and Ernie, will take on Tony Martinelli and Sandor Kovac in an Australian tag team match during tonight’s wrestling show at the Miami Beach Auditorium.  The contest is scheduled for two out of three falls with a one hour time limit. END_OF_DOCUMENT_TOKEN_TO_BE_REPLACED

There’ll be big doings at Columbia Park in North Bergen tonight and a goodly portion of the crowd which will flood the old structure will hail from Bergen County.  The reason for Bergen’s interest in tonight’s doings is Murray Rothenberg, of course. Murray’s the husky ex-Bergen Record Diamond Glover, ex-pro footballer, ex-everything, who has now turned to rassling. ‘Tisn’t exaggerating a bit to class Murray as Bergen’s Dizzy Dean. But, like Dizzy, Murray always delivers.  He started as a footballer at Teaneck High. Hudson County fans will remember him for his performances against the Zuccaros in days gone by. Rothenberg was listed in Teaneck Red Devils’ backfield but most of the time he was in Union City’s backfield, they say. He also played with the Clifton Wessingtons. Later on, he coached football.  Coincident with his football playing, Murray dabbled in boxing. He figured in several spectacular Diamond Glove bouts in Hackensack. Sports Editor Al Del Greco tabbed him the King Levinsky of Bergen boxing. The customers came in droves to see Rothenberg licked; but, unlike Levinsky, Rothenberg was not “in a transom.” Invariably, he won.  He fought professionally, too, appearing several times at Englewood where Jackie Farrell and Jimmy Brienza had promotional flings.  Of recent years, he has given more and more attention to rassling. He studied jiu jitsu from a Jap chef at Bergen College. He studied the Fairbairn system of commando training. All this came in handy in his daily routine as Plant Protection Supervisor for the Magor Car Corp. of Clifton, which is engaged in defense work. He went the limit in this line, too. He taught hand to hand grappling and judo to several army units stationed in northern New Jersey. And he finally said to himself, he said, “Why not go into this business professionally?”  He had a fling at it years ago in a mild sort of way. On a dare, more than anything else, he figured in a tour during which he had eight matches. Won ’em all, too.  Friday night last he appeared against Chief Bamba Tabu at the Park and he licked the chief. So Promoter Ralph Mondt, anxious to develop some real local talent, signed him again. Tonight he meets far tougher opposition in the person of John Vansky. He’ll need all he’s got to get past John.  Tonight’s final rumpus will send Chief Thunderbird against Bad Babe Sharkey. The fans appear to be more interested, however, in the tag team match slated for tonight. This shindig will pit Maurice LaChappelle and Tony Martinelli against Michele Leone and Dick Lever.  Rounding out the card will be tussles between Tony Milano and the Blue Streak and Abe Yourist and Dick Lever.